WHAT IS GEOPATHIC STRESS?

Geo-pathic literally means “suffering of the earth”.
Ancient Chinese philosophy, Chinese medicine and Feng Shui view the Earth as having threads of etheric energy or qi (chi) woven around its surface in the same way that qi flows around energy meridians in the body.
This translates into Western thinking: naturally occurring etheric energy fields show measurable geomagnetic fields.
The Earth naturally creates electrical currents due to its magnetic core. A background electromagnetic field of 7.8 Hz (average oscillation) has been measured. This background frequency (known as Schumann Waves) is almost identical to human brainwaves and the human species has evolved to cope with this low-level fluctuation.
Geopathic Stress is a distortion of this frequency and is caused by physical disruption to these fields. 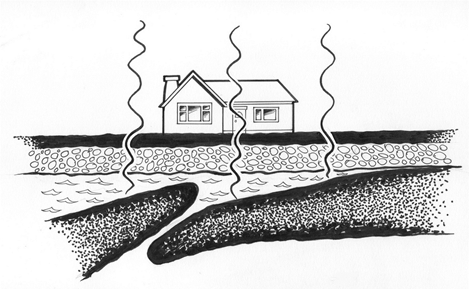 Any change in this frequency causes disruption to the biological regulation mechanisms of organisms living in this field. If a person is exposed regularly to Geopathic Stress, it may overwhelm the body’s natural homeostatic regulating mechanism in the body, leading to inflammation, excitotoxicity, auto-immune problems and, ultimately, DISEASE 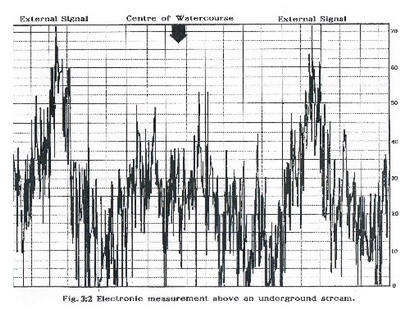 For example, where the Earth’s naturally vibrating energy line crosses a water vein 200-500ft underground, stress lines vibrating at up to 250Hz have been measured.

Radon gas is an additional hazard: naturally-occurring background radioactivity in the Earth is concentrated in geological faults, mineral veins and water-bearing fissures. Where these faults are disrupted further, there is an increased likelihood of finding radon gas present.

HOW CAN GEOPATHIC STRESS (GS) HARM US? 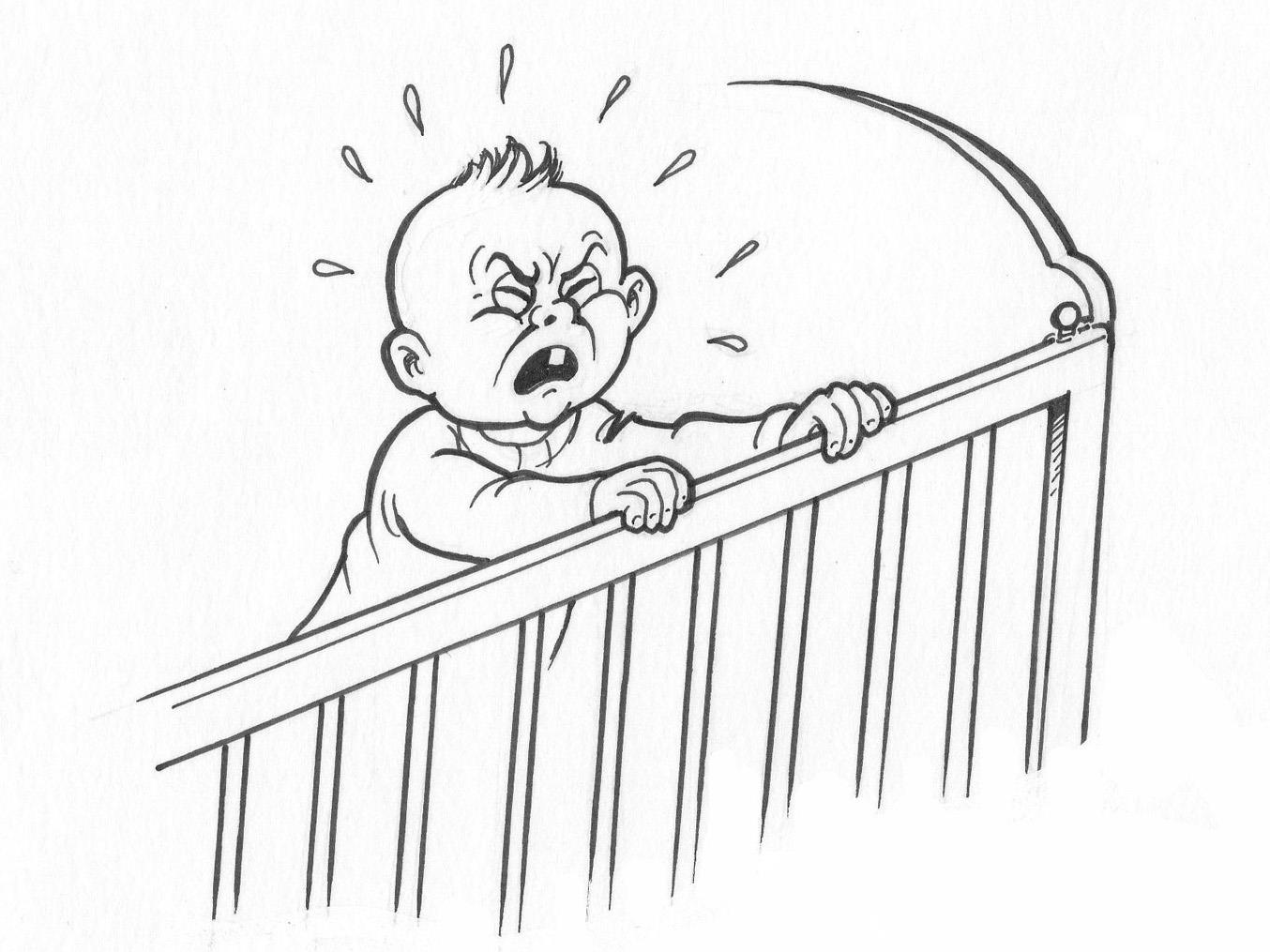 It can make us Sick and Tired, Mad and Wired!

It is particularly harmful where 2 or more GS lines cross: studies have shown that people who sleep on these “nodes” are likely to suffer health problems.

Other Symptoms of GS

Effect on animals– mammals get sick and die; birds avoid it; insects, bacteria and viruses thrive (ideal spot to put a bee hive!)

SIGNS OF GEOPATHIC STRESS IN THE LANDSCAPE 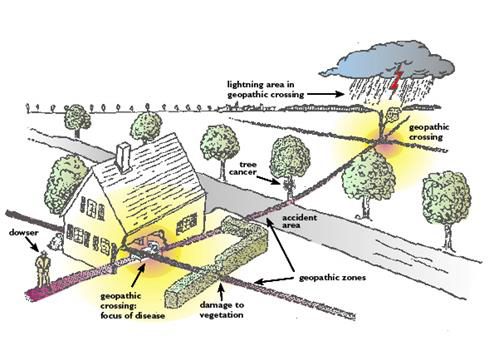 AVOIDING - move away, don’t sleep on it at the very least (short term, impractical)

SHIELDING - cork tiles under bed, placing of crystals and various gadgets and devices to establish a shielding field (not ideal as it is a debatable stop-gap until the GS can be cleared)

CURING - After brief exposure to Geopathic Stress, it helps to clear it from the individual body by washing hands (especially if dowsing), taking a shower, bathing in salt water or sitting with your back against the trunk of your favourite tree. However, if you are living or sleeping in GS, a long-term solution, such as Earth Acupuncture, is a fast and effective cure.

Geopathic Stress may be cleared from the Earth usingEarth Acupuncture, a technique similar to Acupuncture, where the energy lines in the Earth are dowsed for and then “needled” like the energy meridians in the body. This is best practised by a qualified Geomancer, who is trained to detect and clear the negative energies safely.

Once a geopathically-stressed energy line is cleared, it will remain so for some years unless some other trauma occurs on the line. These lines can extend for several miles (depending on the course of the underground stream or fault line) so regular surveys and treatments are advisable. In cases of perpetual problems, the erection of some form of standing stone or “needle” may be used to discharge the energy fields.

Where Radon gas is present, increased ventilation of the home is strongly advised, but Earth Acupuncture should also be applied to clear the underlying Geopathic Stress.